THE HINDU TEMPLE OF CENTRAL TEXAS 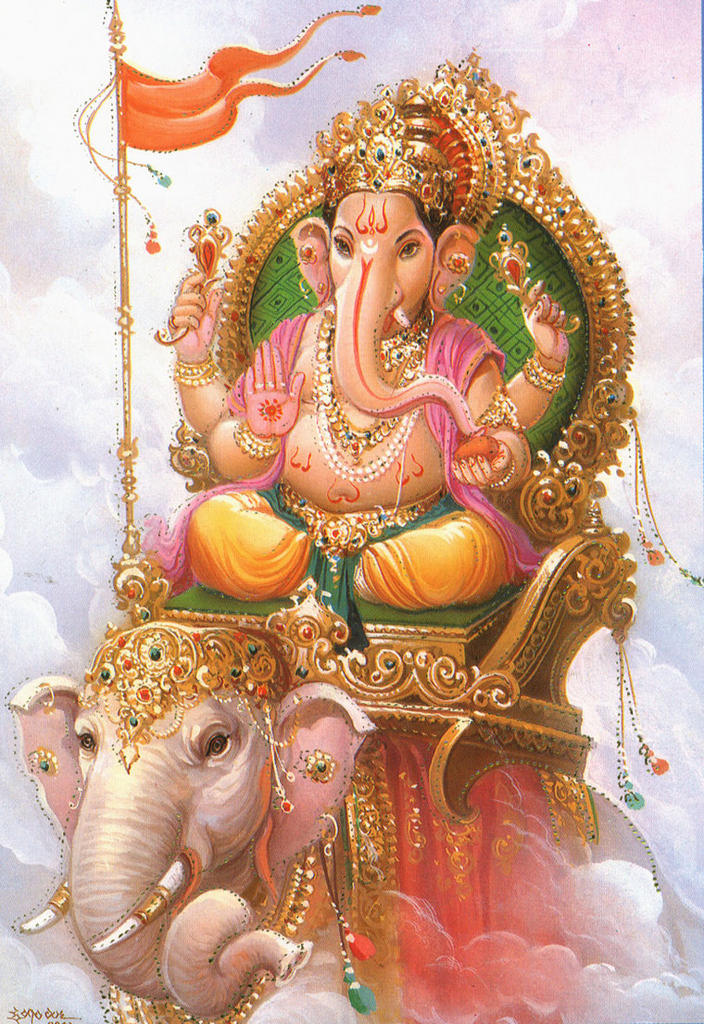 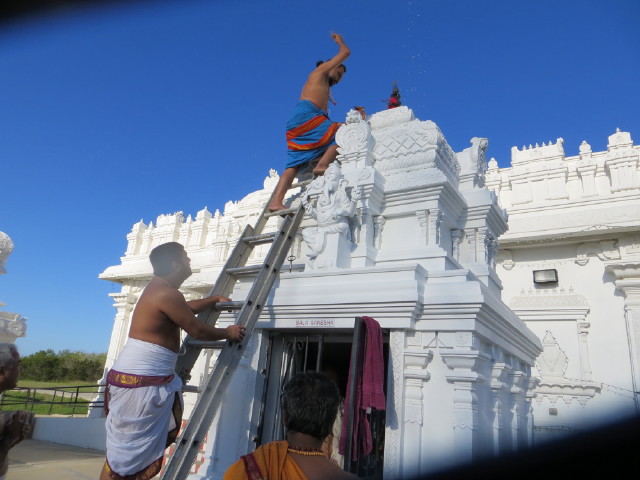 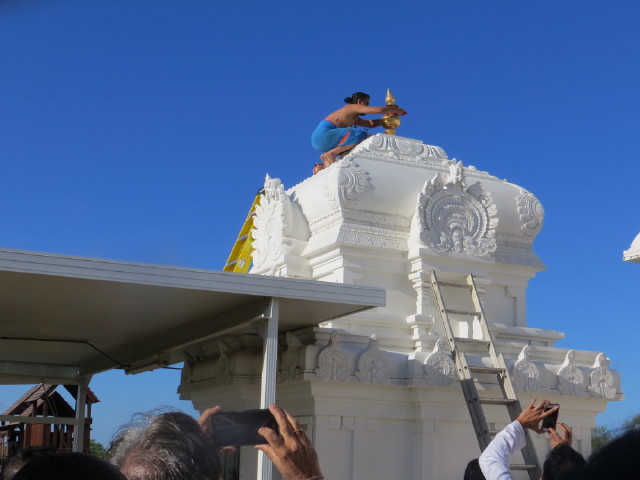 We are very happy to report that the 4 days’ rituals and other functions to include the various homams invoking all the deities and rededicating the temple, collectively called as PUNARUDDHARANA MAHAKUMBHABHISHEKAM, culminated in a grand success on the fourth day, today, March 29, 2015. Today, after the morning homams, in Rishaba Lagnam, the Punaruddharana Mahabhishekam started. Austin Chenda (the drum group from Austin) excelled itself in its performance on the occasion. Kumbhabhishekam was performed by Sri Sreeram Hariharan (our own Chief Priest).  Abhishekam of the deities while chanting Vedic mantras followed by alankaram took place simultaneously under the stewardship of Sri Thanga Bhattar from New Orleans (Sri Thankga Bhattar was the Chief Priest in February 2003 who led the Prana Prathishta and Kumbhabhishekam ceremonies) with Sri Sreeram hariharan, Srinidhi Bangalore (our second-in-command) and five other priests in various sannidhanams. As the alamkaram was going on, the hall was filled with the sound of devotees chanting Bhajans. Then as each sannidhanam opened and Maha-Deeparadhana followed. The devotees became ecstatic and the chanting became even more sonorous. After the maha-Deeparadhana, the prizes to the participants in the Mythology Quiz conducted on Feb 7, 2015, 2015 were distributed. The morning session ended with Dr. Ramakrishna Rao from San Antonio addressing the group as he talked about the importance of temples, religion, culture and spirituality as well as the need to inculcate the cultural values in the younger generation. He took several examples from the Hindu Philosophy including Ramayana. He particularly pointed out that Sun,  a visible form of God, worship was prevalent in many cultures.  He touched upon the path of devotion as in Bhakthi Sutra (Narada) and several other aspects of Hinduism. After a sumptuous lunch, the four days’ events concluded with the Kalyana Mahotsavam of Meenakshi-Sundareswara, Sridevi-Bhoodevi Sametha Venkateswara and Seetha-Rama Kalyanam. Of course, the raffle also was drawn.