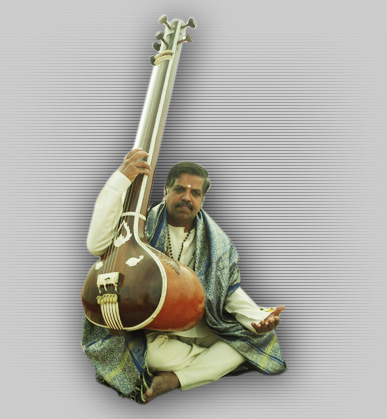 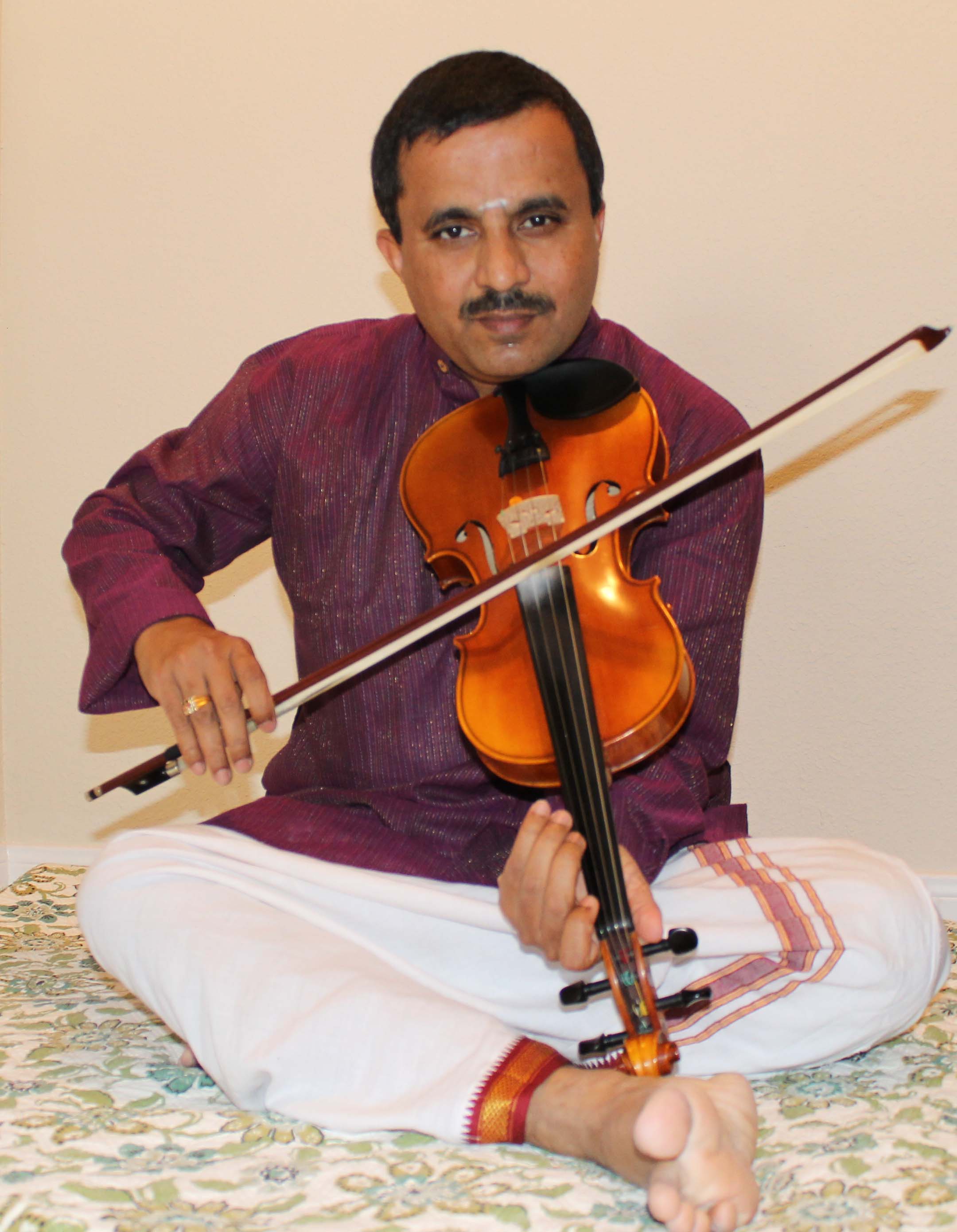 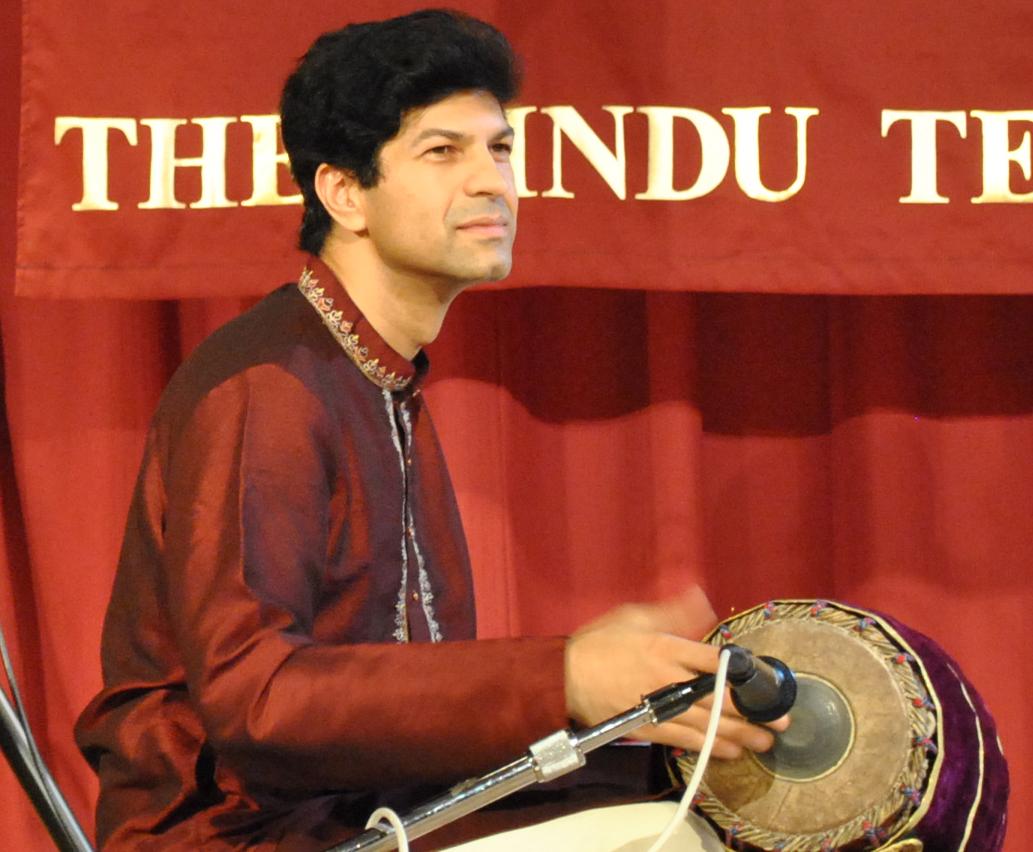 SURESH KRISHNAMURTHY on the VIOLIN and R. GANAPATHY on MRIDANGAM/TABLA

The concert will include compositions of dikshitar, Swati Thirunal, Thyagaraja, Syama Sastri, Muthiah Bhagavatar, Prandaradasa, Jayadeva and Tukaram (Abhang) plus others. Post-event, a light dinner will be provided.

Admission is free but donations will be solicited. We gratefully welcome sponsors.

Sunday June 3: Individual Vedic Astrology Consultation.
Give your date of birth, place and the time.
His predictions have been true for so many people.
Appointments needed (one hour time per individual). Reply to this e-mail to schedule an appointment and for fees which will be payable directly to Dr. Hari Haaren).

Dr.M.HARI HAAREN is the leading Music Therapist and Music Healer from India. He is also a Vocal Performing Musician having trained from the age of 7 in both the systems of Indian Music (North and South Indian Tradition). He holds a PhD in ethnomusicology from India and Hon. PhD from the University of Kansas, USA, on Music Therapy. He has widely traveled and has attended many international conferences in the USA, South Korea, Japan, Australia, Germany, Italy, Greece, the Netherlands, Singapore, Hong Kong and Malaysia. He has conducted more than 300 workshops and 200 lectures on the Healing Powers of Indian Music Therapy, Chanting and Kirtan in the above-mentioned countries and Switzerland.

His latest additions are the CD’s for Music Healing for PETS at home. (Cats, Dogs, Fish and Cows) He is also a Vedic Astrologer and applies the influence of cosmic effect for solving health problems of the people.

Currently he is the Head of the College of Fine Arts and Performing Arts and Special officer for the Culture Department of the Government of Pondicherry, Pondicherry, India. He has taught at Universities in Tanjore, Mysore and Madurai in South India.

He was awarded the Rajiv Gandhi Excellence Award in 1998 and recognized by the State Fine Arts Academy of Kerala in 1997 for the achievements in the field of music and musicology. He is also the Chairman of the Society for Music Education, Therapy and Research based in Pondicherry and the Indian Music Therapy Research Foundation based in Kerala.

Suresh Krishnamurthy is a talented, accomplished Violin artist. He learnt violin from late Kalaimamani Sri Ramanathapuram Ganesha Pillai, a leading violinist at Neyveli, Tamilnadu, and done his Aarangetram at a young age.

Suresh has won numerous awards in State, District, Intercollegiate festivals and local Sabhas. He has given individual programs and accompanied for vocal and dance performances in USA & India. He also teaches Violin. He continues to learn, perform and collaborate with other artist’s in the field of music. He is an Engineer by profession and resides with his wife and daughter in Belton, Texas.

Sri R. Ganapathi is a talented, accomplished and dedicated artiste, learning and performing at various prestigious venues in India and the US. He learned Mridangam from T N Shashikumar, Vasudeva Rao and T A S Mani in Bangalore, India. He has a natural feel and knack for rhythm that makes him versatile - he also handles other percussion instruments like Tabla and Khanjira with ease. He plans to continue expanding his repertoire through cultural exchanges, performances and focused guidance from maestros of percussion. Ganapathi is currently under the expert guidance of world renowned percussionist Patri Satish Kumar.